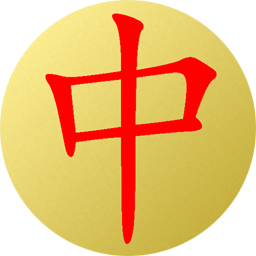 SmartHanzi is a free yet professional grade tool for students and anyone wishing to read real Chinese texts (web, PDF) even with a limited level in Chinese.

Although it is not a learning tool, it shows links to related words (also in, contained) and character details: stroke order, character series (Kangxi, etymology). With this perspective beyond immediate usage, one gets naturally familiar with words and characters.

Besides recognizing the correspondence between simplified and traditional variants, SmartHanzi also recognizes multiple traditional variants. For instance, searching 真 (or finding 真 in a text) will show both 真 and 眞, according to what is present in selected dictionaries. Or it will recognize equally well 為 / 爲 or 眾 / 衆.

Some versions include tests based on HSK levels as a way to check one’s progress. Progress is shown on 12 months. Tests are short and errors reviewed first. One can choose longer tests, or to review unsure words or check supposedly known words.

Etymology is not only for scholars or experts. Along centuries, Chinese writing has developed a number of reference points, reasonable or simply traditional, well known by most Chinese. Se non è vero, è ben trovato.

Trying to “learn” Chinese writing without leveraging this invaluable assistance would be an unreasonable challenge. Etymological indications and character series emphasize these reference points.

As a free application, SmartHanzi offers a smaller choice than major commercial applications, but remains globally best in class for the intended usage.

SmartHanzi is available for PC, Mac and mobile:

- Windows and Mac versions are most effective and comfortable for professional use.

- Tablet landscape mode (horizontal) can be used either in full screen (split window like on laptop) or multiple applications: the application on one half with original reader on the other half.

- Windows: download from www.smarthanzi.net is recommended. A Microsoft Store version is also available but at the moment it is not at the same level.

Full dictionary entries for DDB and CJKV-E are much more detailed in DDB Access than short definitions in SmartHanzi. Anyone can access 20 full entries per day.